The fearless, rebellious and extraordinary life of Alexander McQueen. The youngest of six children, Lee Alexander McQueen was expected to become a plumber, a bricklayer or possibly a cab driver like his father. Instead, McQueen’s fierce romanticism and punk poetry helped create 1990s-era ‘Cool Britannia’. For perhaps the first time since the Swinging Sixties, a lad from the East End of London could — and did — become one of the most original and influential artists of the 20th Century.

Posted by Emma & filed under Blog, Free, Win. This post has no comments yet. 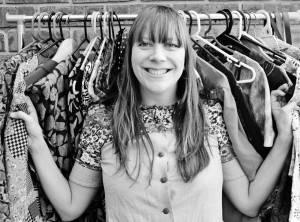 Round She Goes is run by Emma Morris. Emma loves vintage clothes, designer bargains, op shop treasures and getting crafty. Round She Goes brings all of these favourite things together.